The government of Kenya has named Mohamed Kuno as the mastermind of the terrorist attack at Garissa University College.

A Sh5 million USD59,000 bounty has been placed on the fugitive, who has been on the run since December last year.

The interior ministry tweeted this pictures appealing to the public to give any information of Kuno. 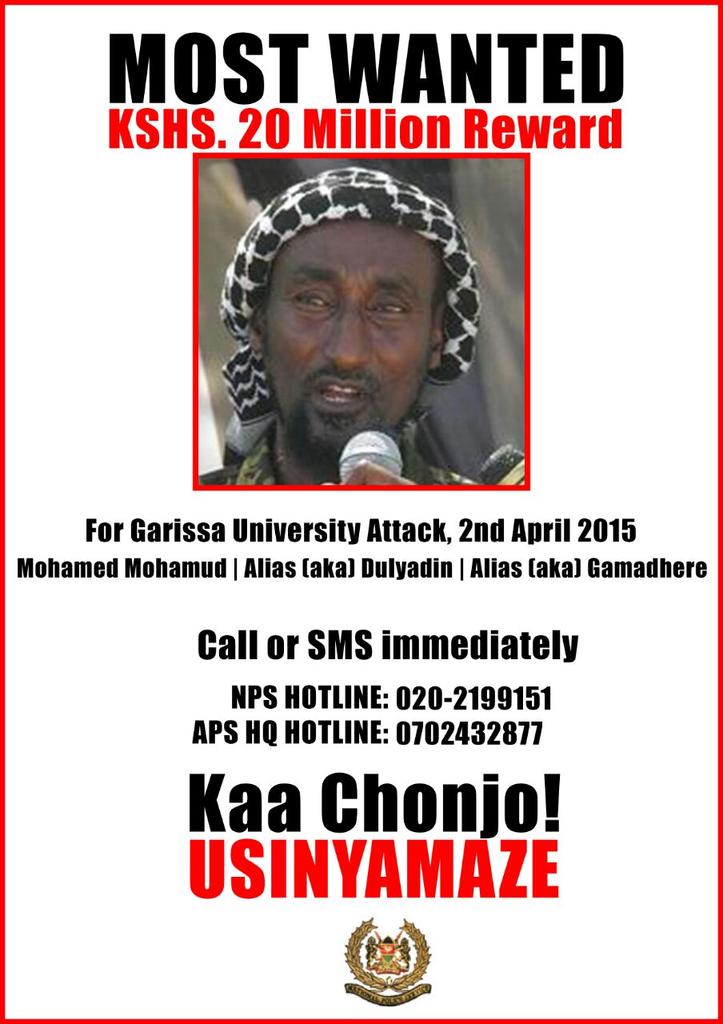 According the Daily Nation website Kuno is a Kenyan and a former teacher in Garissa.

Kuno was then identified as the Al-Shabaab commander who oversaw the killings of 58 Kenyans in Mandera.

The death toll in the latest attack is 15.

A security brief seen by the Nation says Kuno is a former teacher and Principal at Madarasa Najah in Garissa and has three aliases; Sheikh Mahamad, Dulyadin and Gamadheere.

He joined militants in Somalia at the time of the Islamic Courts Union, which later metamorphosed into Al-Shabaab.

He uses his family members in carrying out terrorist activities in northern Kenya.

Kuno, the brief added, is Al-Shabaab’s leader for Juba region in Somalia, and currently in charge of external operations against Kenya.